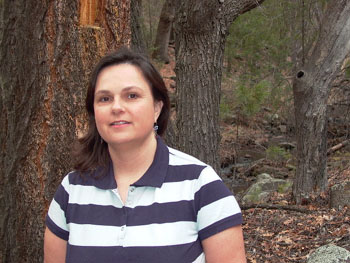 Margie Gray began homeschooling in 1988 shortly after the birth of her twins. Family and friends thought surely now she would give up on the whim of homeschooling, but they didn’t know Margie.

Margie Gray has homeschooled for twenty-five years. Her husband, Owen, and she decided to homeschool when her daughter was just six months old after reading Dr. Raymond Moore’s book Better Late than Early. Originally she intended to homeschool until the children were in 4th grade, but Margie continued to find exciting educational courses to expand her children’s knowledge. One year begat another year and now she has  graduated five daughters from homeschool. Once she began homeschooling she was inspired by home school speaker Greg Harris. She purchased Anne Ward’s Learning at Home. http://www.exodusbooks.com/author.aspx?id=360  and very much enjoyed  her First and Second Grade  Learning at Home. Afterword they worked through her what is now called Classics at Home. The family still remember the fun they had studying Beatrix Potter books and Winnie the Pooh. Anne Ward had planned to write a curriculum on the Little House Books and they really looked forward to that as well. “The best laid plans of mice and men often go astray.” The curriculum was never published, so the Grays started reading themselves. There was too much in the Little House Books to let them go by as just a good read. They started systematically studying all of the new ideas the books referenced. Margie naively thought it wouldn’t be much harder to publish her ideas, she embarked on the adventure of self-publishing. After long time friend, Mei Leslie, edited the manuscript, several editing parties with multiple friends, other people typing and formatting, and conferencing with others who had self-published The Prairie Primer was born.

From this beginning, her commitment to homeschooling expanded beyond her family to the founding of a Christian book company. Through Cadron Creek Christian Curriculum she has published four major curriculum materials and supplies a number of companion and other helpful resources to homeschooling families.  She has written three unit studies, The Prairie Primer and Where the Brook and River Meet, and compiled and edited the companion poetry resource, Anne’s Anthology. Additionally, she is the major contributing editor for the study, Further Up and Further In. In 1999 her article, “His Burden is Light,” was published in Bill and Diana Waring’s 50 Veteran Homeshoolers Share. . . Things We Wish We’d Known. She has been published in Practical Homeschooling Magazine and  The Old School House Magazine. Her most resent article is “Overcoming the Trials of Homeschooling and Work.”

Margie Gray has been interviewed for articles for national homeschooling magazines as well as locally. http://www.desertexposure.com/200709/200709_home_school.php

What is Margie’s next project? It has been her dream to do a study on the book Endurance.